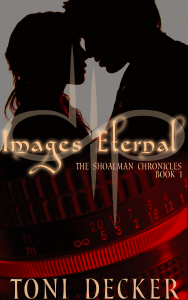 Yep, that’s right! In honor of our cover reveal for SHOALMAN IMMORTAL happening Wednesday, December 10th,
we are offering Book 1 of The Shoalman Chronicles for FREE on Amazon.

Come experience Mandy and Lucien’s world of secret immortals and the mystic powers of both Guardians and the charges they protect. Fall in love with Lucien, as he struggles to choose between his music, his oaths and the girl he wants. But be careful, his eyes will snag you every time! 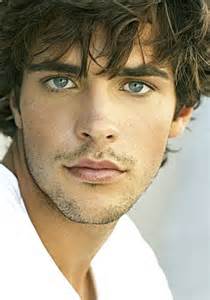 See the truths Mandy discovers behind ever photo she takes and if she can learn to open her heart to Lucien in spite of the secrets she knows he’s keeping from her.

If Images are worth a thousand words, hers sing a thousand Eternal songs

The blood of a Guardian, the heart of an artist, no one can hide the truth from Amanda “Mandy” Hayworth. Focusing her supernatural visions through her camera lens, she reveals secrets no one plans to expose, even her own. To protect herself, Mandy hides her ability in plain sight, photographing local bands and showcasing the dramatic images on her website. Most bands beg for a feature article. But the new lead singer of one particular up and coming band isn’t like anyone she’s ever met. Lucien entangles her with his mystery and makes Mandy want things she’s never wanted before—strings.

Lucien Solvak has to impress an influential music blogger whose promotion could skyrocket his new band to stardom or flush them straight into the gutters. But the moment Mandy aims her camera his direction, he fears the images will expose his ties to the immortal he’s sworn to protect and destroy his one chance to live out his musical dream. Hiding from her camera is tough enough. Denying his growing feelings becomes an impossible feat, forcing Lucien to choose between oaths as a Guardian, his rock-star dreams, and the girl he wants.

Secrets define them. Lucien’s bind him to silence; Mandy’s bring her nothing but pain and disappointment. Only when they focus on what’s behind the images can they embrace their secrets for what they are—truth.

Get a hint of Kyrissa and Robert’s story with a sneak peek of the first two chapters of SHOALMAN IMMORTAL at the end of IMAGES ETERNAL.

Check back here and on the other Cover Reveal blogs sites for a chance to win a signed copy of IMAGES ETERNAL
and $10 Gift Certificate.

We can’t wait to show off the AMAZING cover designed by Sharon Carpenter!
(You can even read how she did our first cover for IMAGES ETERNAL here.)

She blew us away with what she came up with this time – Totally capturing Robert and Kyrissa’s story in her image. GORGEOUS doesn’t even start to describe it.
We can’t wait to share the cover and the story with all our wonderful readers. We hope you love them as much as we do!

Who is Kira Decker? Author of Paranormal Romance/Urban Fantasy with a Supernatural Twist Alter Ego of Toni Decker Telling one Paranormal story after another about Young Adults/New Adults getting along in their own crazy, fantastical worlds. One-half of the brain is an avid reader of all things Paranormal, while the other half devours Fantasy for midnight snacks. Together, Kira's stories are one part Paranormal, one part Fantasy, and two parts Supernatural. As a kid, Kira loved reading books about the strange and unusual found in everyday life. The experiences you couldn't quite explain unless you got creative. One day she decided to give voice to all those characters in her head relating their supernatural adventures, all while laughing, crying, and cheering for a happy ending at the end of the journey. I adore the ride my characters take me on and I hope you enjoy my stories as much as I love writing them.

Let us know what you think! Cancel reply